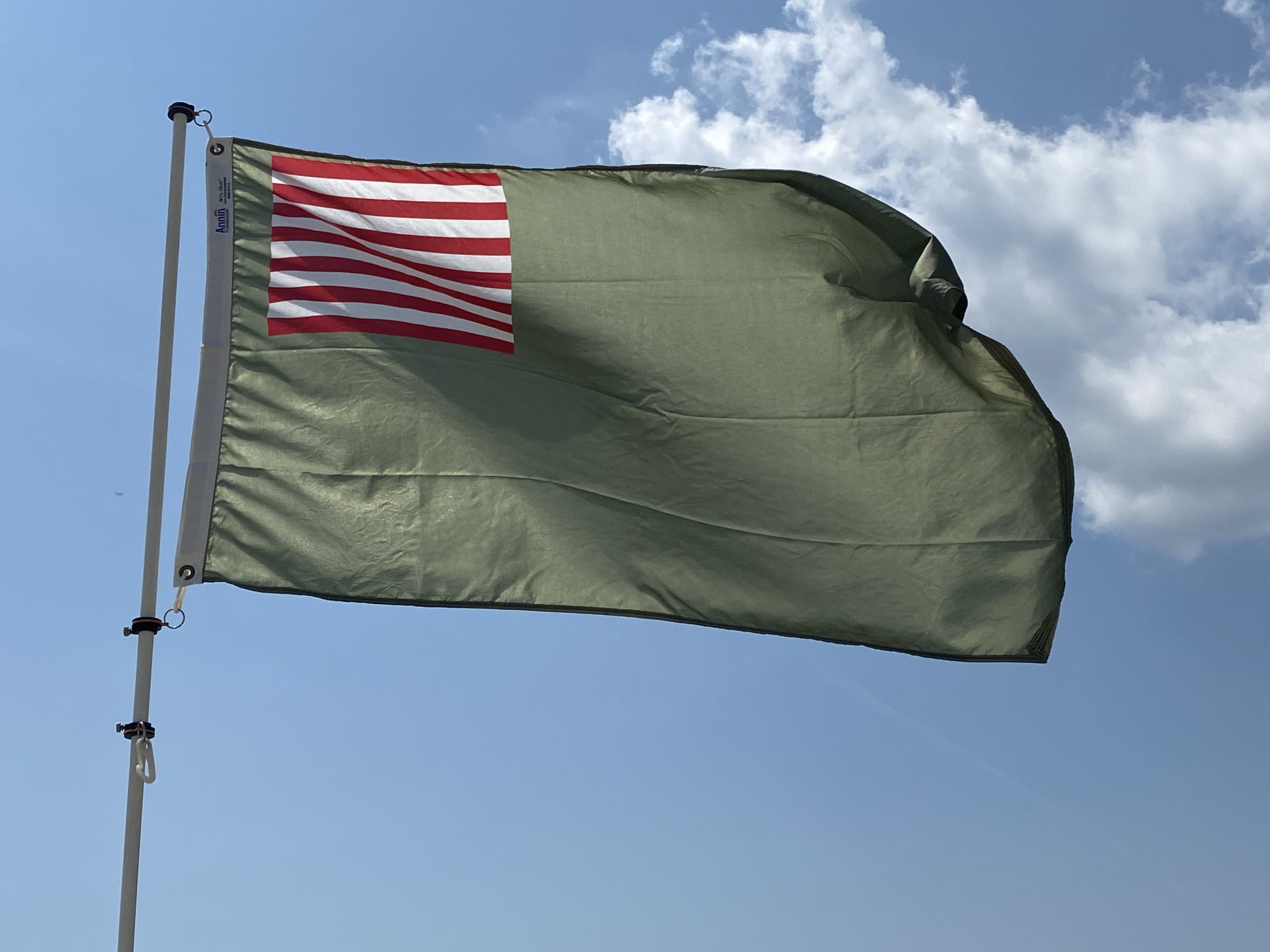 The Delaware Militia flag was carried into battle by the Delaware First Regiment. The flag features a 13 alternating red and white stripes in the upper left corner signifying the 13 colonies. The flag was captured by Captain William Dansey of the British Army at the Battle of Brandywine in September of 1777. This is the reason why the flag is also called the “Dansey Flag”.