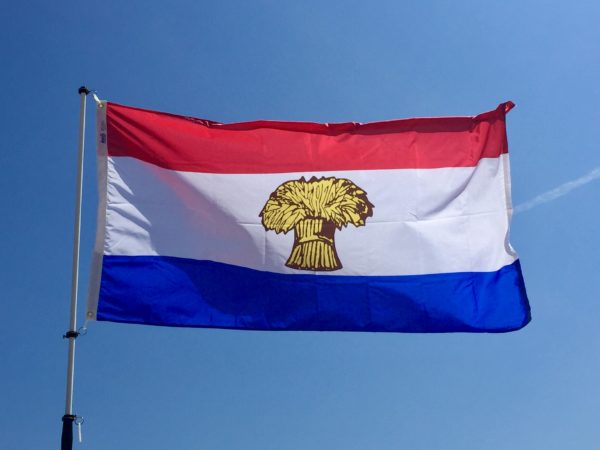 The Sussex County Delaware flag is a high quality nylon with a cotton heading and 4 rows lock stitch on the fly end. Multiple sizes available. Made by Annin Flagmakers in the USA.

The Sussex County flag was designed by William C. Scott of Selbyville, Delaware. Mr. Scott put a lot of thought into the design of the flag. Since the Dutch were the first to settle the colony, the color scheme comes from the Netherlands flag. The sheaf of wheat in the center comes from the seal William Penn adopted for Sussex County. The flag is simple, recognizable, and well thought out. The flag was formally adopted in 1974 by the Sussex County Council.